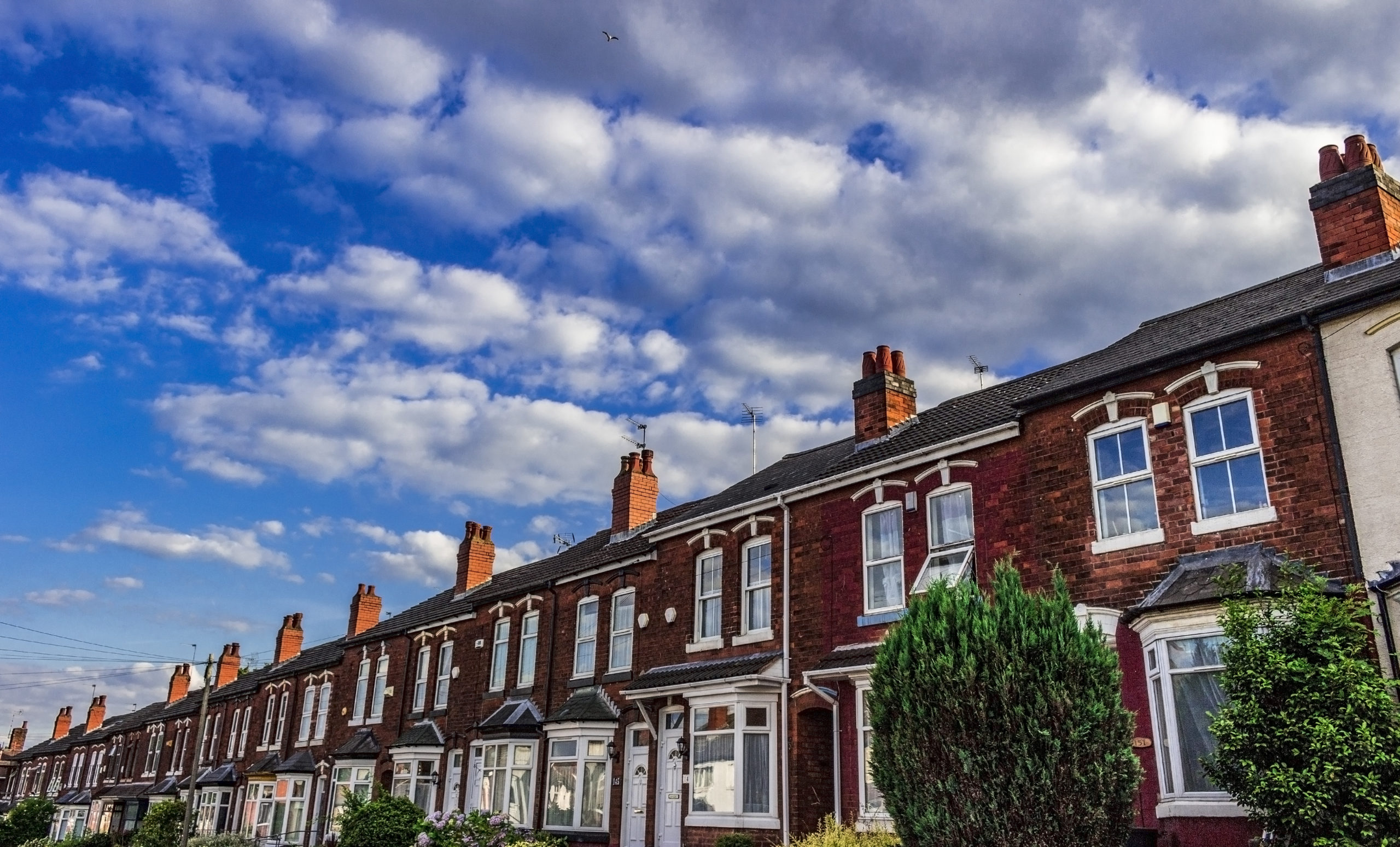 What next for HA credit profiles?

Most housing association employees are unlikely to give too much thought to their organisation’s credit rating, and rightly so. The primary focus of people within a housing association will always be on delivering the best possible service for residents.

That being said, there is an inescapable link between a landlord’s credit rating and their ability to fulfill its social purpose. Their credit profile might be on a downward trend due to pressures brought about by inflation, decarbonisation spend and development targets. And these same pressures will affect their ability to borrow more and fund what they do.

What is more, the way that an organisation delivers – or fails to deliver – its services may well link directly back to the bottom line and therefore the credit position.

There has been a debate for some time about how declining credit profiles might impact investor appetite, and the compounding pressures facing HAs means close consideration will need to be given to this sooner rather than later.

The financial pressures faced by the sector were highlighted by the credit ratings agencies in their annual outlook reports at the end of 2021. However, a lot has happened in the intervening months. So, what is the direction of HA credit profiles and what does this mean for the way in which they operate now and into the future?

What is the current state of credit ratings in the sector?

In its 2022 forecast, S&P suggested the UK social housing sector had a negative bias on its creditworthiness. This assessment was down to a combination of ‘sharper focus on asset quality and consumer standards’ alongside building safety spend and investment into bringing EPC ratings of housing stock up.

At the time of its report, S&P said 84% of the 43 HAs it rates had a stable outlook, but that those outlooks had followed downgrades on eight HAs in the preceding year. Similarly, in its end of year forecast, Fitch Ratings rated 11 HAs, all of which were given a stable outlook.

But since this report was published, it has been suggested that as much as 20% of S&Ps social housing client portfolio has a negative outlook.

There have been further warnings from the major ratings agencies since the 2021 end of year forecasts as well. S&P produced a forecast in April 2022 which suggested HAs will need to borrow more than £21bn over the next two financial years during a period of rising inflation and interest rates.

In addition to this, Moody’s produced analysis which estimated HAs will need to spend £20bn on building safety and decarbonisation over the next decade while scaling back on development programmes – something which many HAs are already doing.

In fact, 39% of Moody’s rated housing associations plan to scale back on development, particularly when the Future Homes Standard is implemented in 2025, making new development more expensive.

Moody’s also said the government’s £3.8bn Social Housing Decarbonisation Fund, aimed at helping HAs raise their stock’s EPC ratings to C, is only enough to cover 42% of the costs expected to make social housing carbon neutral by 2050.

What is the direction of travel?

Despite the above, the sector remains financially robust for a number of reasons including tight regulation and government-related support. But could the multitude of financial pressures HAs are facing have a negative impact on this?

Some social landlords have seen their credit ratings downgraded as a direct result of factors such as decarbonisation and inflation. One very recent example is RHP, whose outlook was revised from ‘stable’ to ‘negative’ due to ‘higher-than-anticipated costs, coupled with inflationary pressure’ which S&P said could weaken RHP’s financial metrics.

There has been some help from government in the form of a £15bn package to address the cost of living crisis, a move which Moody’s describes as ‘credit positive’. But the agency also said HAs face ‘challenging decisions’ over rent increases in April 2023.

Moody’s notes that providers can increase rents by CPI+1%, which many did in April 2022, but this was based on last year’s September CPI of 3.1%.

“With inflation expected to reach roughly 10% in the third quarter of 2022, associations are unlikely to implement a much higher increase in 2023-24 because of tenants’ affordability constraints,” the agency explains.

David Stokes, Credit & Risk Director at THFC, says: “With inflation already at 9.4% and showing little sign of receding quickly, social landlords are going to be faced with tough decisions on rent setting, when there is little control over inflationary pressures on key areas such as repairs and maintenance and new development.

“Each association will have to agree with its Board how best to serve and protect the needs of tenants, whilst maintaining a sound credit profile to attract vital new funding to meet the challenges of Net Zero, fire safety and new development”

These pressures will have a material impact on HAs, according to Fiona Dickinson, Investment Director at abrdn, who discussed the topic in a recent webinar on investor communications, hosted by Social Invest and also attended by THFC treasurer Fenella Edge.

Fiona said: “Credit ratings are still exceedingly important and as S&P said quite recently, they had eight HAs on negative outlook, two of them already at A-. They are tipping over the single ‘A’ precipice looking at BBB, which is pretty material when you look at bond finance.

“HAs need to be very focused on their credit rating, especially if they are in that A-/A3 bucket and be very conscious that they don’t want that to deteriorate into the next rating category.”

Speaking at the same webinar, Tom Paul, Directory of Treasury and Commercial at Optivo, highlighted the balancing act required between a housing association’s core purpose and its credit profile.

He said: “What comes first is our charitable objectives. Achieving our charitable objectives and maintaining our credit rating are very closely in tune because ultimately we want to be investing in new social housing to support beneficiaries. And that means that we need to be raising debt finance and that means that we need the investor community on board.”

Michael Brooks, Associate Director, International Public Finance at Fitch Ratings, agrees: “I would expect that some HAs will approach that BBB cliff edge in coming years, however, we do not expect it to be sector wide.

“There are still many former Large Scale Voluntary Transfers (LSVTs) with very conservative developments that will retain some of the highest ratings due to low risks. Some big questions will be asked of HAs as environmental costs start to be factored into business plans, and decisions are made on whether to apply full rental increases in line with inflation.”

THFC’s David Stokes notes the financial pressures brought by decarbonisation and building safety but also acknowledges the potential adverse impact of Right to Buy for housing associations where the cost of replacing lost units exceeds the proceeds received.

He says: “The bedrock for meeting these challenges is strong debt service coverage capacity plus good liquidity, and the positive evidence from what we see is that most associations are operating from a position of strength.

“About 90% of associations that we have assessed at March 2022 have liquidity that extends to 18 months or longer, and 66% go beyond 24 months. So, it appears that capacity to absorb some of this volatility is strong.”

David says that lender and investor appetite in the sector appears to remain strong but suggests that the range of financial pressures is likely to lead to tough decisions on the scale of new development programmes.

“Housing associations are not impervious to the wider economic challenges facing the country at present – provided responses to downside risks are taken in a timely fashion however, then the potential adverse impact on the sector’s current strong financial profile can be managed,” he adds.

How is ESG embedded into ratings?

ESG has become a major aspect of the HA finance landscape in the last few years with all new issuance in 2022 being sustainably-linked.

The introduction of the Sustainability Reporting Standard for Social Housing (SRS) has enabled outside investors to judge HAs based on their ESG performance, which has, some would argue, increased sustainability-linked investment in the sector.

But what is the reality from a credit worthiness perspective? So far, it seems ESG is yet to have a material impact on credit ratings.

As Michael Brooks, Associate Director, International Public Finance at Fitch Ratings, says: “We use ESG relevance scores as part of our credit assessment, at present these are assessed as ‘3’, which means neutral to the credit rating.”

When it comes to the ‘E’, Fitch is open to changing its stance if regulations are clarified in relation to decarbonisation, which would have an knock on impact on expenditure across the sector. ‘Social’ considerations, the agency says, are of minimal relevance to credit ratings as working conditions of employees are usually in line with the highest standards.

The agency notes the prominence of negative media reports regarding the quality of social housing impacting many HAs. But it says it reflects a small number of properties and that it does not consider it to be consistent with the general quality of homes across the sector.

By contrast Moody’s, which rates some 40 HAs, said while environmental considerations are not material, Social and Governance considerations are. The agency notes the sector is exposed to risks stemming from socially-driven policy agendas affecting social rents, benefits and capital grants. Moody’s says that governance is a factor but that HA governance is strong with multi-year strategies supported by detailed forecast, conservative liquidity and robust risk management.

For now HA credit profiles remain investment grade and are by no means an obstacle to the sector securing finance.

However, the sector is currently under more financial pressure than it has been in a long time, if not, ever. This means organisations will have to keep their credit profiles in check and devote more resource to doing so.

Continued downgrades to credit profiles will impact on availability and cost of funds and HAs’ ability to build new homes, so will remain at the front of finance directors’ minds.